Advances in robotics and automation can prevent accidents
Dominic Ellis

Based in Sydney, the SHoP and BVN-designed building is being constructed with an estimated completion date of 2025...

Based in Sydney, the SHoP and BVN-designed building is being constructed with an estimated completion date of 2025.

The tower will function as Atlassian’s headquarters and will be able to provide a workspace for thousands of employees. Atlassian is an Australian tech giant specialising in online tools, responsible for the design and creation of tools such as Jira and Trello.

Standing at 40-storeys tall, the tower will not only be the world’s tallest hybrid timber tower, but it is also set to be a major staple to Sydney’s existing skyline.

Located adjacent to Sydney’s Central Station, the structure will be built in NSW government’s planned technology precinct for the area.

The futuristic building is set to include a mixture of outdoor and indoor spaces. In addition to this, the timber design with a glass and steel facade “will use an energy-efficient approach that features natural ventilation and large planted terraces giving access to nature”.

The projects lines up perfectly with Atlassian’s sustainability values. It will operate on 100% renewable energy and has been specifically designed to reach net-zero emissions.

The headquarters is pushing for an embodied carbon during construction to be half of that of a conventional building. Furthermore, solar panels will be utilised in the vertical facades to help generate renewable energy on-site. 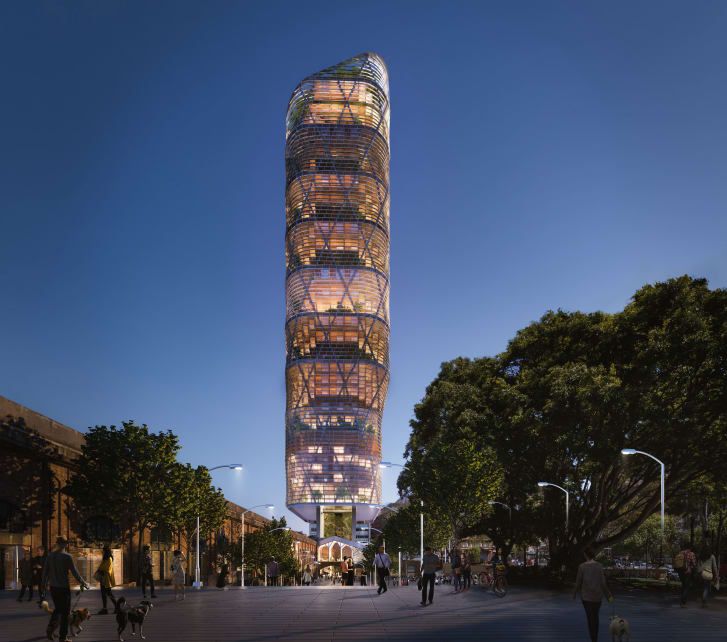 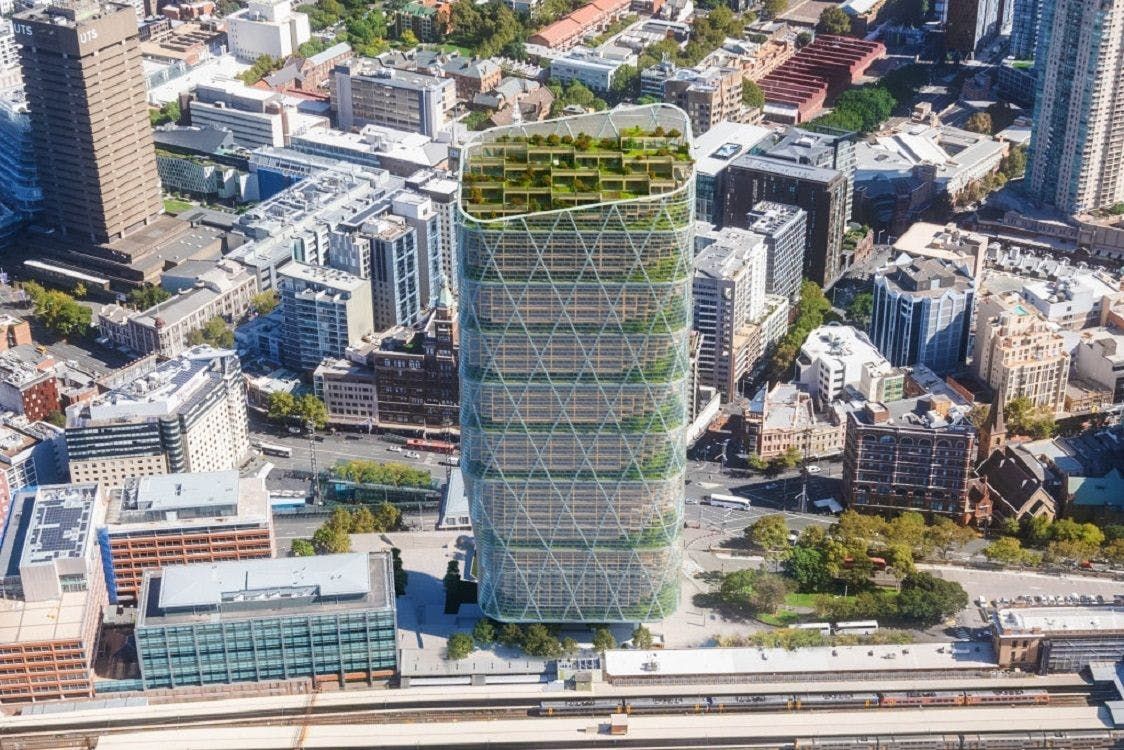 Realizing Atlassian’s goal of achieving net-zero carbon emissions by 2050, the new hybrid structure “is significantly lower in embodied carbon and offers a substantial reduction in the building’s carbon footprint”.

The facade will incorporate an electricity-generating system based on solar which will also include self-shade capabilities to reduce direct heat gain internally, thus reducing and even eliminating the need for high-powered air conditioning units. “Combined with the use of mass timber, the innovative facade enables the project to leverage Sydney's temperate climate to help reduce carbon emissions and generate onsite energy”.

William Sharples, SHoP’s Founding Principal, stated: “Our collective work around the world focuses on elevating the experience of the public realm in urban environments, so we really welcome this opportunity to work with such wonderful partners to create a high-performance landmark for Sydney's new tech district, at ground level, and in the skyline.”

The project is also using Eckersley O’Callaghan as the structural engineering firm. James O’Callaghan, the company’s Founding Director, said: “We have developed an innovative new approach to designing tall towers using a hybrid structure where the volumetric mass is timber. […] This approach significantly reduces the embodied carbon of the tower by up to 50% when compared to traditional tall building construction, setting a new sustainability standard for tower construction in the future.”