The funding details of US Bipartisan Infrastructure Deal
Dominic Ellis

The funding details of US Bipartisan Infrastructure Deal
Dominic Ellis
May 16, 2020

As London keeps growing on upwards, we take a detailed look at five of London’s most exciting skyscrapers that are both planned, and currently under c...

As London keeps growing on upwards, we take a detailed look at five of London’s most exciting skyscrapers that are both planned, and currently under construction.

Tall, ultra-modern skyscrapers have been popping up across the globe. Some exceedingly tall structures have been planned for cities like Dubai such as the 1345 metre creek tower. Although London doesn’t have anywhere near as many skyscrapers as cities such as New York City and Hong Kong, the structures are becoming a lot more common across the city. Nine buildings over the height of 150 metres have been built in London since 2019, we take a look at more of the coolest buildings that are set to further shape London’s rising skyline for years to come.

Set to become Square Mile’s tallest building, the 1 Undershaft office building will host 132,000 metres-squared of office space across 74 floors and would replace one of the UK capital’s existing skyscrapers, the St Helen’s tower which has stood at the 1 Undershaft address since 1969. Planning was approved for the building, which will become the 2nd tallest building in London after The Shard, in November 2019 and will be completed in the coming years. 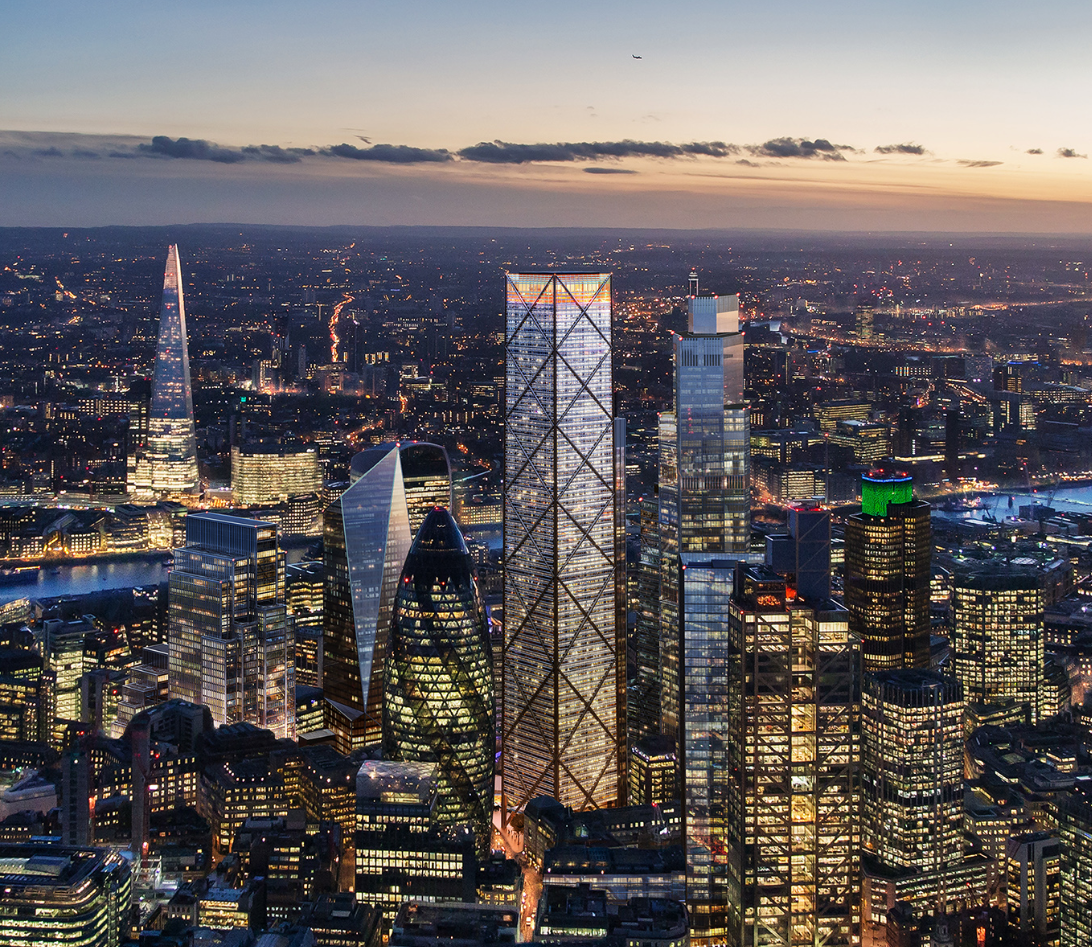 Described as a “peculiar, teetering pile of boxes” by Londonist, the development will stand on the corner of Bishopsgate and Leadenhall Street, one of London’s most popular areas. Work started back in March 2019 and the 50-storey building will include some sustainable design features such as the implementation of advanced rainwater storage and harvesting systems. The tower was originally going to be 40 floors up from street level but this was boosted later on which will enable it to provide around 86,000m² of Class B1 office space. 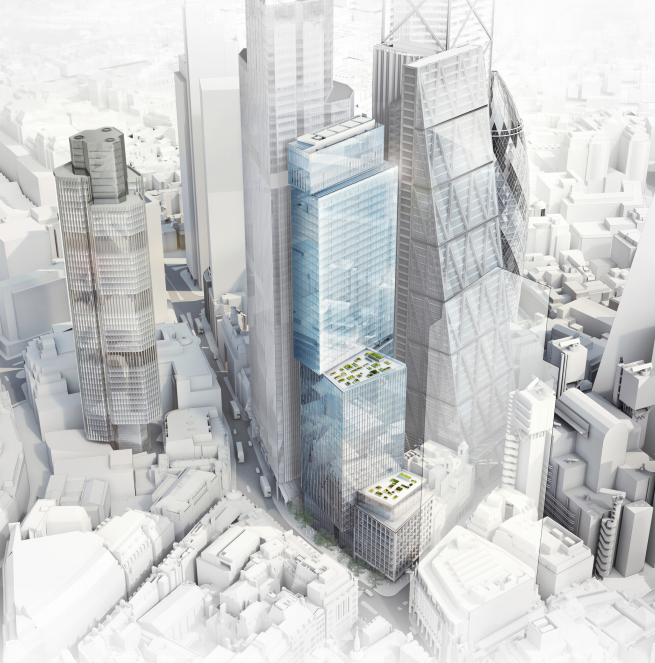 This 816-ft tower will be built next to the Cheesegrater and Scalpel. This building was designed by Skidmore, Owings and Merrill and construction is on track to be complete by 2026 - but will the COVID-19 crisis get in the way? New retail spaces will be provided at the ground level with new pedestrian routes linking Leadenhall Street to St Mary Axe and Bury Street, in addition to three new public spaces.

This structure, designed by PLP Architectures, has been nicknamed ‘The Boomerang’ due to its backbending profile. The 49-storey tower hosts a range of luxury apartments with the most expensive one coming in at £23m! Thankfully, there are cheaper ones available but you’ll still be looking at a seven-figure sum. 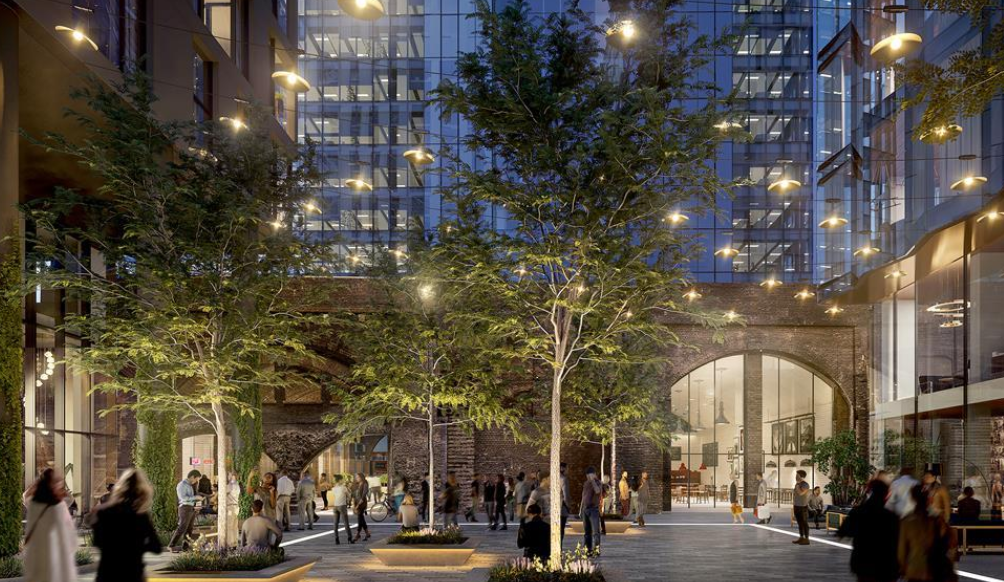 Another tower by Wilkinson Eyre architects is 18 Blackfriars which soars almost 450 feet into the sky and also includes a smaller office tower along with further blocks that will be dedicated solely for ‘affordable’ housing and leisure/retail. Part of the plans also include a public square. This structure sets to complement central London’s skyline with its innovative styling which looks like it has been inspired by Jenga. 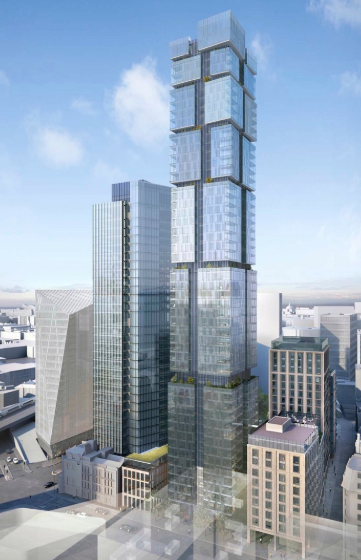 The funding details of US Bipartisan Infrastructure Deal
Dominic Ellis

UAE-based renewable energy company Masdar, in partnership with PT PLN, an organisation specialising in electrical power and owned by the Indonesian government, has announced today it has started work on a floating photovoltaic (PV) solar project in West Java. The company says the 145MW plant is the first of its kind in the country. The project, which will be constructed on the Cirata reservoir in West Java, was financed by the Sumitomo Mitsui Banking Corporation, Societe Generale, and Standard Chartered Bank.

Developing the project is PT Pembangkitan Jawa Bali Masdar Solar Energi (PMSE), a joint venture between Masdar and PT PLN subsidiary PT PJBI. Bahlil Lahadalia, Minister of Investment for the Republic of Indonesia and chairman of the Indonesia Investment Coordinating Board, said: “This is a flagship project of the UAE’s investment in Indonesia, and most importantly, it is in line with the Indonesian Government’s target to increase renewable energy by 23% by 2025.”

Ladhadalia added: “The Ministry of Investment fully supports the investment realisation of the Cirata Floating Solar Project by PT PJBI and Masdar.” The plant is said to be the largest in south-east Asia, and one of the biggest in the world. Around 800 jobs will be created during its construction phase.

During the project’s development, Masdar has conducted several social initiatives to raise awareness of sustainability and strengthen the engagement of the local community. Talking about the partnership with Masdar, Amir Faisal, president director of PJBI, said: “We see tremendous potential for similar projects in Indonesia and we look forward to continuing our fruitful collaboration with Masdar to work on more renewable energy projects and help our nation achieve its clean energy objectives.

“This floating power project is a first for Indonesia and is also a significant step in PJBI’s renewable energy journey,” he added.